The Hague 3x3 Challenger Preview: From YOG to World Tour for Team Kaunas? 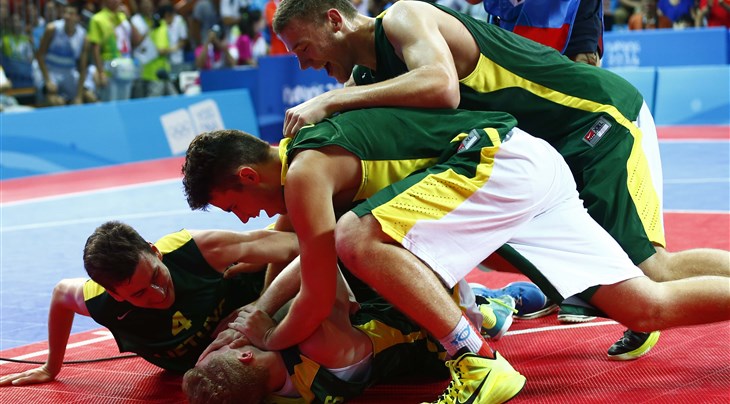 THE HAGUE (3x3 Challenger) - 2 Youth Olympic Games (YOG) gold winners make their 3x3 come back against the 2 best teams in the FIBA 3x3 Team Ranking and a total of 6 in the Top 20 at the The Hague 3x3 Challenger in the Netherlands on June 10 2017.

After 4 stops in Asia, the 3x3 Challenger season - these standalone tournaments that qualify 2 teams for the FIBA 3x3 World Tour - come to Europe for 2 events on the same weekend, in The Hague and Odense, Denmark.

Just one day after IOC's announcement that 3x3 would become the first new YOG discipline to make it to the Olympic Games, the heroes of the 2014 edition will now attempt to find success at the senior level.

Two members of the Lithuania team that won gold in Nanjing - Jonas Leksas and Justas Vazalis - will make their first-ever appearance at a 3x3 Challenger and would become the first YOG athletes to make it to the FIBA 3x3 World Tour.

Things won't be easy for Team Kaunas though who will play without the other 2 YOG winners Martynas Sajus and Kristupas Zemaitis and are seeded in a competitive Pool B with last year's World Tour winners Ljubljana (SLO), the #20 team in the world Utrecht (NED) and a talented Zagreb (CRO) team.

The 16 participating teams will be eyeing the 10,000 USD in prize money and the 2 tickets for the FIBA 3x3 World Tour Lausanne Masters.

The top 2 teams in the world Novi Sad Al Wahda (UAE, 1) and nemesis Ljubljana (SLO, 2) will both play in The Hague.