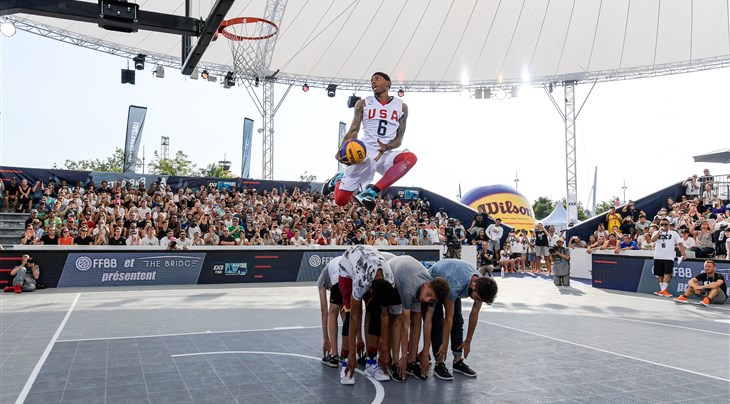 The super athletic Staples brought the French crowd on its feet with the only perfect 30 of the dunk contest qualifier after going 360 between the legs over 2 people. He scored a total of 57 points.

The winners of the last five editions of the FIBA 3x3 World Tour Dunk Contest Lipek and Miller followed with 56 and 54 points respectively.

Kobe Paras (Philippines) - the only 3x3 player who challenged the professional dunkers - fell short with 50 points.