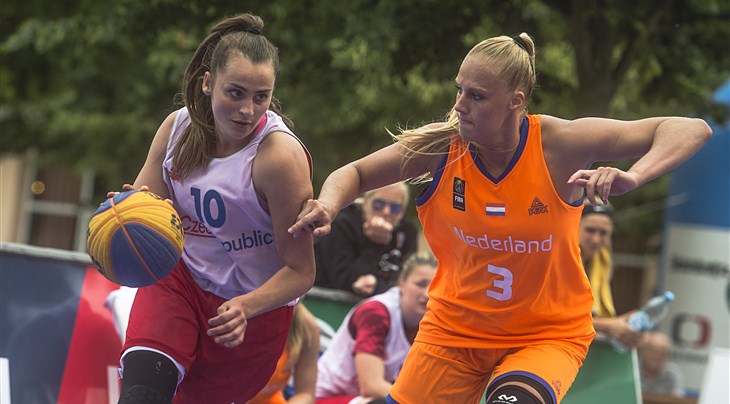 The national team competition is a pillar of the FIBA 3x3 Fast Track program, which is intended to help national federations develop specialized 3x3 players and identify future Olympic medalists.

The inaugural edition brought together the U23 men's and U23 women's teams of 5 of the members of the program: Czech Republic, Hungary, the Netherlands, Sri Lanka and Uganda. Teams from Jordan, Slovakia and Slovenia also participated in some of the stops.

The 5-stop competition started in Podgebrady, Czech Republic and was followed by two stops in Szolnok, Hungary.

Slovenia dominated the men's category. They won all 3 stops and have yet to be defeated.

The Netherlands won the first stop in the women's category but were leapfrogged in the standings by Czech Republic - starring 3x3 star Sara Krumpholcova - who won stops 2 and 3 back to back.

The official standings heading into this weekend are as follows:

The final 2 stops of the FIBA 3x3 U23 Nations League will be livestreamed on FIBA3x3's official YouTube channel.