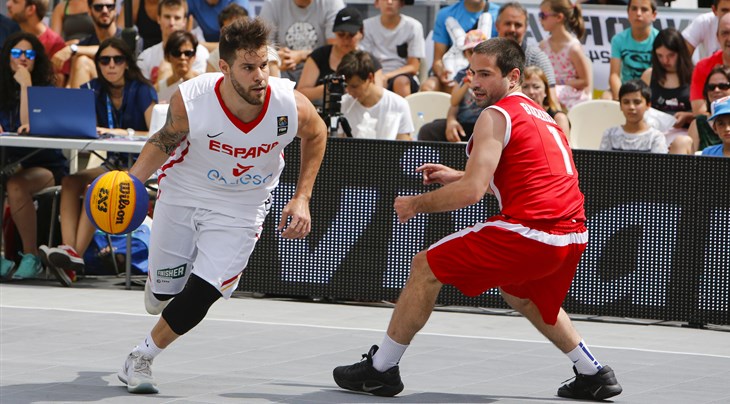 The surprise in Pool B came from World Cup participants Poland, that exited the competition in the pool phase after back-to-back losses against Czech Republic and Latvia.

Speaking of Latvia, Nauris Miezis led all scorers on Day 1 with 19 points.

Russia dominated Pool C defeating both Germany – who qualified for the quarter finals as second - and Israel.

Hosts Andorra also qualified in Pool D and will join Ukraine in the knock-out games of Day 2. Ireland were eliminated.

In the women’s tournament, the pool phase only ends tomorrow. This said, some teams already made an impression.

3x3 Europe Cup reigning champs Hungary swept all 3 games in Pool A, with Bettina Bozoki leading all scorers, just 3 days after finishing as top scorer of the World Cup.

Switzerland ranked first in Pool A at the end of Day 1.

Action is back tomorrow at 10 am (GMT+2) with the last games of the pool phase and the knock-out rounds.

6 men’s teams, meaning the winners of the quarter-finals and the 2 winners of a loser’s bracket will qualify for the Europe Cup.

In the women’s category, 5 teams will stamp their ticket to Amsterdam, the four quarter-finals winners and the winner of a loser’s brackets.

The FIBA 3x3 Europe Cup will be played in Amsterdam, Netherlands, on July 7-9.