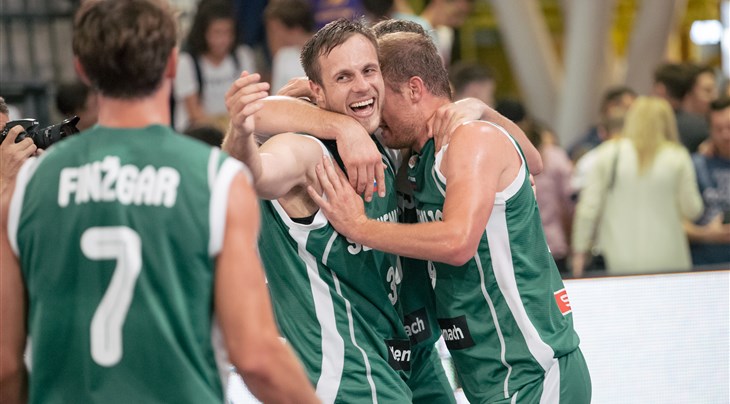 For their first appearance together for Slovenia, Simon Finzgar, Adin Kavgic, Gasper Ovnik and Anze Srebovt upset the Serbian favourites in the final to win the second edition of the FIBA 3x3 Europe Cup in Bucharest, Romania, on September 2-4 2016.

Their second international event representing Slovenia ended with another medal (bronze) at the FIBA 3x3 World Cup in Guangzhou, China on October 11-15 2016.

The four players all rank in the Top 20 in the FIBA 3x3 Individual World Ranking. Srebovt currently is the number 12 3x3 player in the world.

Slovenia are the number 2 seed at the FIBA 3x3 World Cup 2017 and will feature in Pool B with the French hosts, 2014 European champions Romania, El Salvador and a young talented Filipino team.