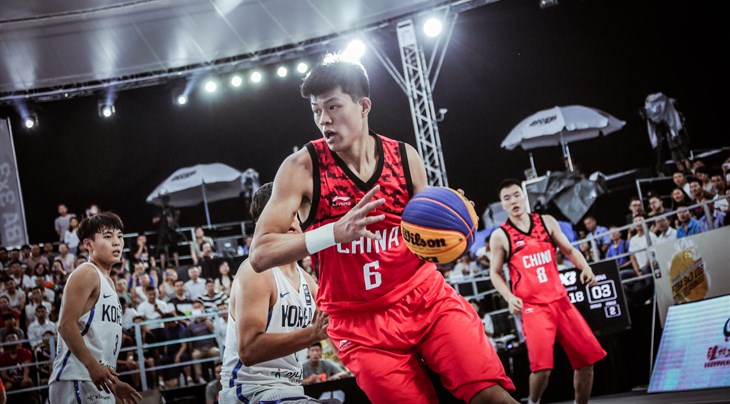 The Chinese Basketball Association (CBA) will stage the third edition of the most important 3x3 competition for national teams in Asia and Oceania, in collaboration with private promoter SunsSports, with support from the city of Shenzhen.

"We are glad to bring the FIBA 3x3 Asia Cup for the first time in China", CBA 3x3 Director Chai Wensheng said.

"After our successful cooperation with SunsSports at the FIBA 3x3 World Cup 2016, we’re excited to host another marquee 3x3 event, this time in the city of Shenzhen."

CBA and FIBA signed a four-year contract, which guarantees that Shenzhen will play host to the FIBA 3x3 Asia Cup until 2021.

Besides organizing some of the top FIBA 3x3 events, China have found success in Asian national team competitions. Their women’s team won gold at the 2016 Asian Beach Games and struck bronze in the last edition of the Asia Cup. Besides the men won the FIBA 3x3 U18 Asia Cup this year.

"It is our great pleasure to have the FIBA 3x3 Asia Cup 2018 in China,” FIBA Asia Executive Director Hagop Khajirian said.

"This will represent another chance for the best teams in the region to prepare for the goal to play 3x3 at the Tokyo 2020 Olympics."

The event will be held in the state-of-the-art Nanshan Cultural & Sports Center.

Australia's women and Mongolia's men are the defending champions after their success in the second edition of the FIBA 3x3 Asia Cup in Ulaanbaatar, Mongolia on October 27-29, 2017.