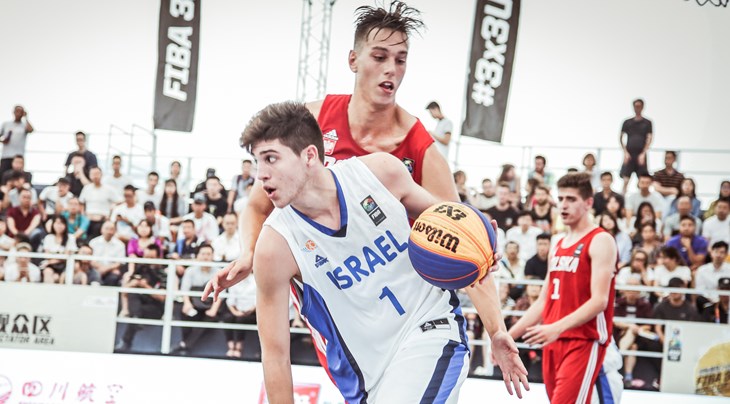 Schiller, who finished the day with 18 points in two games, led Israel to an opening win against Poland. In their second game of the day, the 18-year-old could do nothing to stop a Filipino team led by Gomez de Liano, who was 3rd in the scoring charts with 13 points, tied with Indonesia's Arighi and Belgium's Nouhi, who provided some highlights over the rim. Daniel Dawdo (Poland) finished second with 14 points.

In the women's category, Emma Eichmeyer (Germany) was the top scorer of day 1 with 15 points and a split record. Guadalupe Díaz (Venezuela) and Josefina Tarruella (Argentina) came in second after trading long balls when they faced each other.  China's Zhou Mengyun and Sri Lanka's Leia Hamza were third with 12 points.