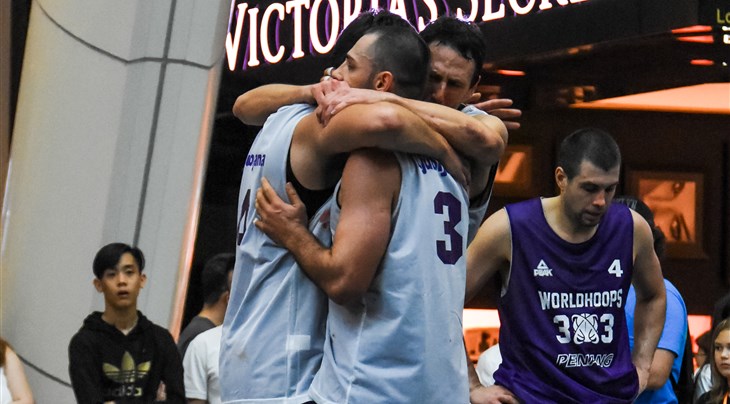 SAO PAULO (3x3 Challenger) - Ljubljana and Piran - two of the top 4 teams in the World and both Slovenian - have traveled all the way to Brazil to qualify for another FIBA 3x3 World Tour Masters at the ANB São Paulo 3x3 Challenger in Brazil on July 22-23.

The season couldn't have started better for the reigning World Tour champs Ljubljana, who:

Besides fatigue, their number one threat in Brazil may be fellow Slovenian countrymen, Piran (SLO).

The number four 3x3 team in the World has not played in any challengers so far this season but played well when they represented Slovenia at the FIBA 3x3 Europe Cup as they won silver with a rejuvenated Simon Finzgar.

On top of these 2 teams, the ANB São Paulo 3x3 Challenger will also feature the 17th team in the World (São Paulo DC), Team Rio de Janeiro (who also played at the Saskatoon Masters last weekend) and a lot of teams with World Tour experience from all over the Americas (Joinville (BRA), Mexico City (MEX), Paysandu (URU)) just to name a few.

The 2 finalists will qualify to the Mexico City Masters on September 30 - October 1.

The 16 participating teams will also be chasing 10,000 USD in prize money.

The event will be livestreamed on the official FIBA 3x3 YouTube channel.