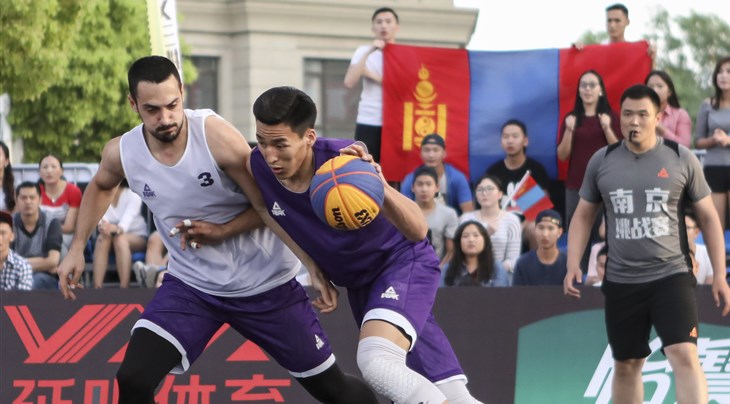 LJUBLJANA (3x3 Challenger) - Team Ulaanbaatar traveled all the way from Mongolia to take on some of the best 3x3 teams in the world at the Samsung Ljubljana 3x3 Challenger in the Slovenian capital on August 18-19.

Their trip to the semi-finals in Japan is the reason why the team currently sits in 12th place in the World Tour standings. If the Masters season stopped now, the number one 3x3 player in Mongolia Tsenguunbayar Gotov and his team would make it to the World Tour Final.

By finishing in the top 2 in Ljubljana, Ulaanbaatar would earn an automatic spot to a 2nd Masters this season (in Debrecen) and therefore maximize their chances to make it to the Bloomage Beijing Final.

This said, both Ljubljana and Kranj already earned their ticket to the Debrecen Masters therefore if both teams reach the final at home in Slovenia, the teams ranked 3rd and 4th would go to Hungary on August 31 - September 1.

The 16 participating teams - including more frequent flyers from the Americas, Clearwater ATG (USA) and Winnipeg (CAN) - will also have their eyes on the 10,000 USD in prize money.