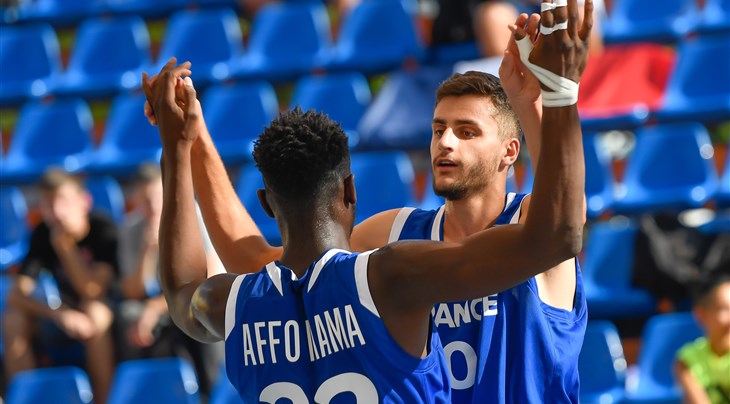 The 6ft 7in (2.01m) Frenchman scored a whopping 18 points in 2 games and led 'les Bleuets' to an immaculate 2-0 record and 1st place in Pool C in the men's category. He scored 7 and 11 against Israel and Ukraine respectively.

Second in the charts was Vincenzo Provenzani, the MVP of the Latvia Qualifier, who finished the day with 16 points, followed by Spain's Unai Mendikote, who scored 15.

In the women's category, another French player finished the opening day as top scorer. Jessica Mavambou got 12 points in two games. She was tied with Hungary's Orsolya Toth.

No less than 3 players were tied in third place with 10 points with Reut Mesilaty (Israel), Mathilde Peyregne (France) and Yulia Zarubina (Russia).