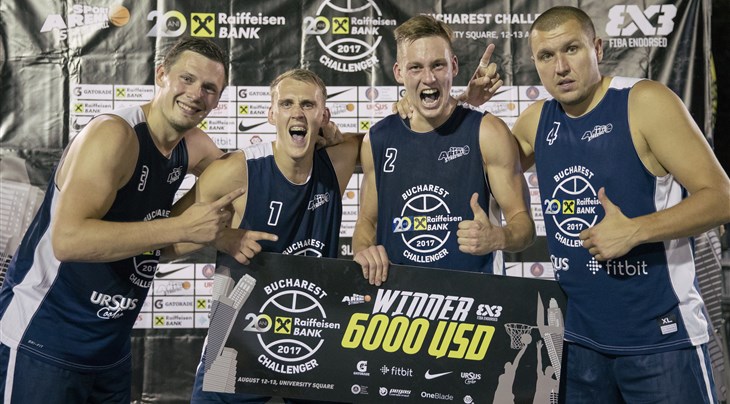 Just 2 weeks after shining at the Tinkoff Moscow Open, the Latvian team won their second Challenger of the season.

The same team that brought Latvia gold at the FIBA 3x3 Europe Cup last month remained undefeated on the iconic University Square, an unbelievable feat considering they played their last 3 games with just 3 players after big man Edgars Krumins went down with a knee injury.

Riga survived a dramatic overtime against World Tour reigning champs Ljubljana in the semi-finals and were led by the tournament top scorer (and Europe Cup MVP) Nauris Miezis in the final.

Both Riga and Zemun will compete at the Lausanne Masters on August 25-26.

Riga have now earned a ticket to 2 Masters (Lausanne and Debrecen) while Zemun have clinched their ticket to their 5th Masters (they played in Utsunomiya and Prague and will now play in Lausanne, Chengdu and Mexico City).

Teams from 12 different countries competed in the tournament, organized by Sport Arena.