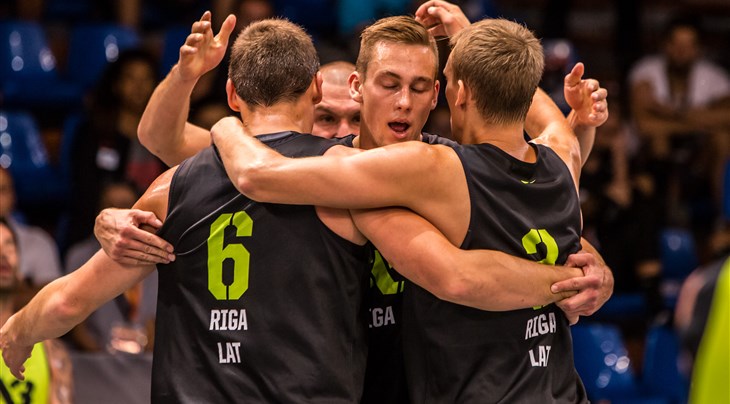 The Latvian team lived up to their new-found hype in Pool D by recording the biggest win of the day, a 22-8 dismantling of Zaporizhzhya (UKR).

In the last game of the night, Riga upset the 8th best 3x3 team in the world - Kranj (SLO) in a 14-13 thriller, which Agnar Cavars capped on the offensive glass in the closing seconds of the game.

After winning the last 3 Masters, do you think Novi Sad Al Wahda (UAE) would slow down a bit? No they wouldn't. In Pool A, the number one 3x3 team in the world won back-to-back games before the limit: 21-13 vs. Monaco (MON) and 21-16 against Budapest (HUN).

In Pool B, the reigning World Tour champs Ljubljana (SLO) had their typical diesel start with an overtime win against Warsaw (POL) (18-16) but then took care of business (22-10) against S.Mitrovica (SRB) (22-10). The 'Iceman' Jasmin Hercegovac scored 15 points overall, including the tough turn-around jumper game-winner against Warsaw.

Last but not least, Liman (SRB) impressed in Pool B. Like Novi Sad Al Wahda, the young Serbian team won both games before the 10-minute mark even though they played 2 teams in the World's Top 12.

They started with a tough 21-18 win against Belgrade, who still managed to reach the quarter-finals coming all the way from the qualifying draw. They concluded the day with a heart-breaking 21-19 victory against Amsterdam PM Inox.

The 28-year-old Stefan Stojacic led all scorers in Day 1, with 14 of his 18 points coming from long range. The Serbian star also one of the meanest ankle-breakers you'll ever seen...but didn't convert the ensuing 2-pointer.