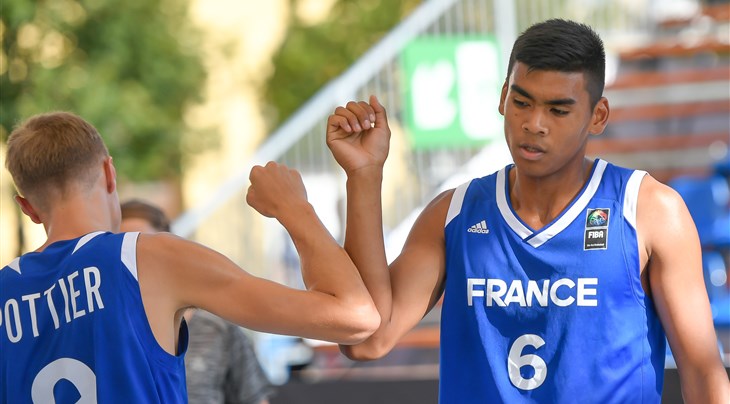 Team of the Day: France (men)

France started their title defense with a 2-0 record after defeating Israel and Ukraine in Pool C and stamped their ticket to the quarter-finals on Sunday.

In the women's category, hosts Hungary lived up to the hype and also had a clean 2-0 sweep on Day 1. They brought the local crowd on its feet in the morning after an impressive 20-5 win against Latvia 20-5 in the tournament opener and defeated Italy to advance to the quarter-finals.

Vincenzo Provenzani showed Spain why he was named MVP at the Latvia qualifier leading Italy to the victory against Spain once again in the best game of the day in Debrecen. The 5ft 10in (1.80m) dragster scored 11 points and was key to defeat the Spaniards. The spectacular Unai Mendicote responded with 8 points but wasn't enough to stop the Italian side, who dominated the game from the beginning.

He can dunk, he can block and he can score! Is there anything Mendicote can't do? The Spanish player led the team in scoring with 15 points and was third overall. Also, he provided a whole bunch of highlights over the rim on Day 1. How far can he lead Spain at the event?