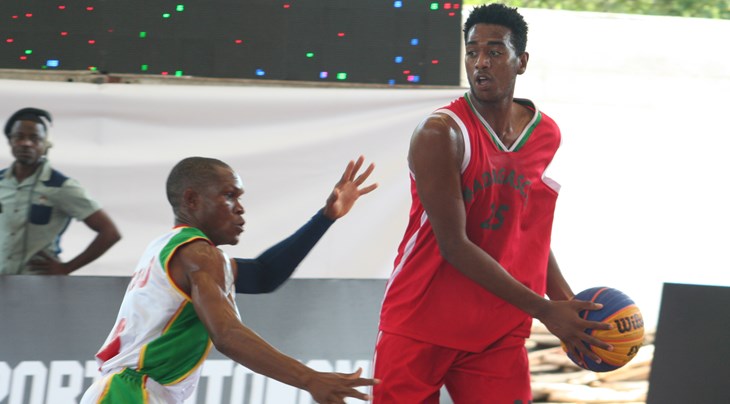 The 6ft 2in (1.88m) sharpshooter had his whole country in mind just after winning Madagascar's first gold medal at a 3x3 event:

"My win is a big surprise for me and the people of my country," Randriamampionona explained.

"Having lost in the semi-finals, we had all given up on going home with a medal but when I was called up for the Shoot-Out Contest, I saw it as an opportunity and my shots were starting to drop. I am glad I was able to bring smiles to the faces of our fans."

It took years for Madagascar to win their 1st 3x3 medal but just around an hour to get their second, a bronze medal at the team event.

"It’s an honor for me and for the whole team. We went to Togo with the firm intention of coming back home with a medal. We succeeded in our quest."

Appetite comes with eating and the computer science and linguistics student has big ambitions for the future, including a future move from Madagascar to the Reunion Island or France to grow as a player and more success in 3x3:

"I’m planning to go back next year and come back with another title. It was difficult, with the training and all. But in the end, this medal makes it all worthwhile. What I want now is to win titles with the team."