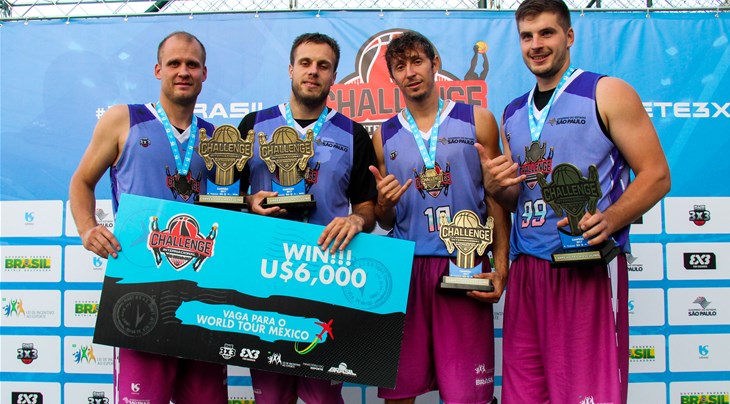 For their first appearance at a 3x3 Challenger this year, the number four 3x3 team in the World did not disappoint.

Initially things did not work out as planned though for Piran, who lost to São Paulo DC and won a do-or-die thriller against Santos (18-16) on Day 1.

This meant Piran had to face the new number one 3x3 team in the World Ljubljana (SLO) in the semi-finals. But Piran rose up to the occasion on Day 2 and knocked out the reigning World Tour champs 21-12 before avenging their pool phase loss against São Paulo DC in the final.

The rejuvenated and newly married (congratulations) Simon Finzgar continued his fine summer with an MVP trophy. He led his team in scoring and finished 4th overall with 36 points.

It was São Paulo DC's big man Douglas Gorauskas who led all scorers with 44 points.

Both Piran and São Paulo DC will compete at the Mexico City Masters on September 30 - October 1.

It is São Paulo DC's first ticket to the World Tour this season while Piran clinched their 3rd spot besides Utsunomiya and Chengdu.

The next 3x3 Challenger - the Tinkoff Moscow Open - will be held in the Russian capital on July 28-29. The two best teams there will qualify to the Debrecen Masters on August 31 - September 1.