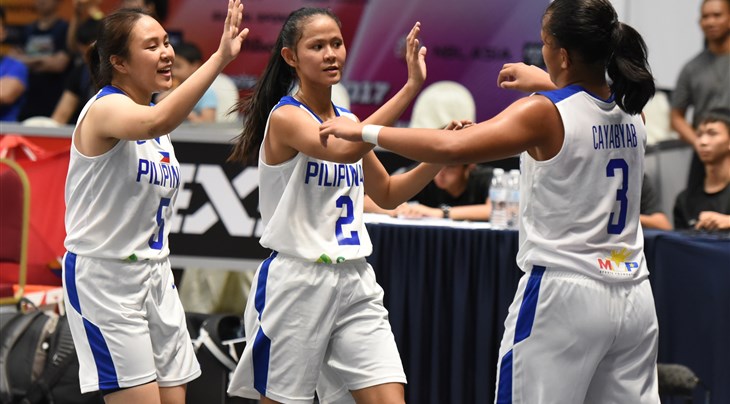 Team of the Day: Philippines (women)
While all eyes were on the men's team, it was the women's team that won both games on the second day of the 3x3 U18 Asia Cup led by Mayu Goto, who dropped dimes and let it rain from behind the arc to finish the pool phase undefeated. Kristine Kayabyab was the top scorer of the day with 16 points.

The Philippines women's team defeated Lebanon (21-12) and Bahrain (3-21) to finish first in Pool D. Tomorrow, they will start the knock-out phase by playing Singapore in the quarter-finals.

The 3x3 U18 World Cup and Asia Cup winners started the defense of their tittle with two wins. The muscular Aladji Bobo Magassa scored a team-high 19 points, including a bunch of Top 10 material. And the kid is just 16 years old!!!

Day 2 finished with fireworks as the hosts finally defeated their rivals Philippines, avenging last year's heartbreaking semi-finals loss. The spectacular Zhong Shin Thea led a furious Malaysian come back that knocked out a young Filipino team, that is now set to face the reigning champs Qatar in the quarter-finals.

Only Malaysia, Sri Lanka, Qatar and Chinese Taipei in the men's category and Philippines and China (women's) were able to finish the pool phase undefeated.

Day 3: The knock-out games and the shoot-out contest final will be livestreamed from 12.30 to 7pm local time (GMT+8) on youtube.com/FIBA3x3.