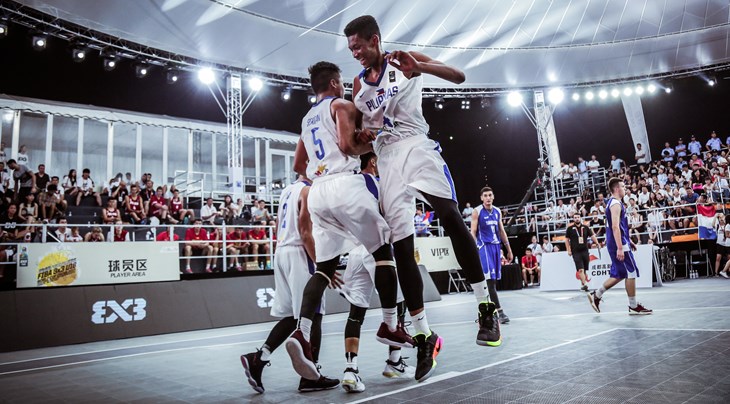 Team of Day: Philippines (Men)
With a quarter-final position on the line, Team Philippines came to play…in spectacular fashion. The diminutive (6ft, 1.82m) Florencio Serrano lit up the court with cross-overs, high-flying rebounds and a game-high 8 points. Philippines beat Poland 20-14. Later in the evening they faced Turkmenistan in order to secure their spot in the Quarter-Finals...and did not disappoint. Serrano scored in double digits, including the game-winner before the limit (21-14). They will face a strong Belgian team in the next round.

Game of the Day: Andorra vs. Germany (Women)

Team Andorra demonstrated their strength as 2 point sharpshooters as they beat Germany in dramatic fashion. After trailing all game, Andorra made a furious comeback. With her team down 20-19, 17-year-old Julia Marquez unleashed a deep shot from outside the arc for the win. It was a historic day for a country of 70,000 inhabitants, knocking down Germany, a country of 80 million inhabitants.

While all the players of Team Belgium continued to impress the crowd in Chengdu, Ayoub Nouhi earned the player of the day honors. He dunked, broke ankles and scored 13 points on the day. Keep an eye on team Belgium as they head to the quarter-finals and look to improve their 12th place finish at the FIBA 3x3 U18 World Cup last year.

The last day of pool play starts tomorrow at 1pm and ends at 9pm and will be livestreamed on the official FIBA 3x3 YouTube channel.