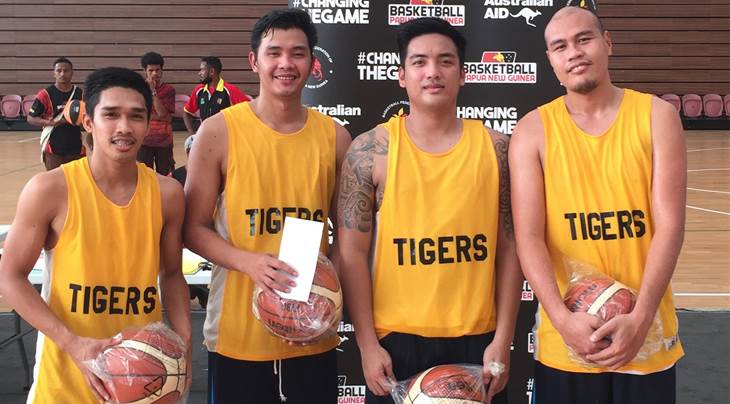 20 senior men’s four (4) U18 men’s and four (4) senior women’s teams battled it out to see who would be crowned the Easter 3x3 Basketball Challenge Champion.

The 2K Tigers dominated the men’s competition, winning four-straight pool games by double-digit margins before heading into the tournament finals.

In the quarter-final match-up, the Tigers accounted for the #4 seed Titans, 21-2. In their semi-final, they beat #2 seed PBV2, 18-7. The Tigers rounded out a clean sweep by crushing Goroka in the grand-final, 22-4. In the senior women’s division decider, Culdel overcame Reunion 8-6 to claim the silverware, while in the under 18 men’s final contest, Reunion overwhelmed an energetic Tubsy Snappers side, 15-11. BFPNG Chief Executive Officer Joel Khalu was very thankful for the support the tournament received in becoming an annual event on the Federation’s calendar.

“We were extremely happy with the number of teams that took part in the inaugural event,” Khalu said.

“In particular, having twenty men’s teams compete across four pools was sensational and really generated a high-level of spectator attendance and interest.”

“Hopefully next year we can branch out and get teams nominating from all over Papua New Guinea, meaning the competition will transition into the BFPNG Easter 3X3 National Challenge.”

“A major part of our strategic plan over the next three years is to promote the 3X3 style of game and this event was a great step forward to accomplishing that,” Khalu added.