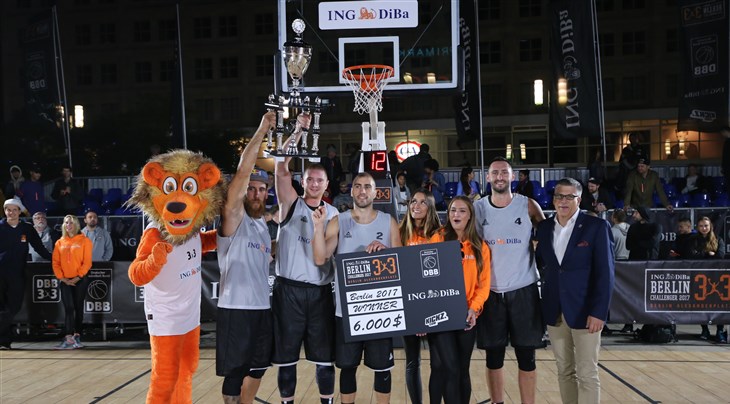 It took just one week for the number one team in the world to avenge their loss against Liman in the semi-finals of the Debrecen Masters in one of the best games in FIBA 3x3 World Tour history.

Novi Sad Al Wahda had a perfect 6-0 record in Germany and while sharpshooter Dejan Majstorovic led the team in scoring, it was former number one player in the world Dusan Bulut who was named MVP of the tournament.

It is the team's third win at a Challenger this season after The Hague and Cedevita Lipik.

To watch the highlights of the final, click here.

Novi Sad Al Wahda had already secured their ticket to the Mexico City Masters based on ranking therefore both second place Liman - whose Stefan Stojacic was the top scorer in Berlin - and third place Belgrade (SRB) will compete in the Mexican capital on September 30 - October 1.

Belgrade (SRB) and the new kids on the block from Lausanne (SUI) both lost in the semi-finals with the same overall winning percentage but Belgrade finished 3rd overall in the standings based on the next tie-breaker: total points scored (Belgrade scored 102 while Lausanne had... 101 on the entire tournament).