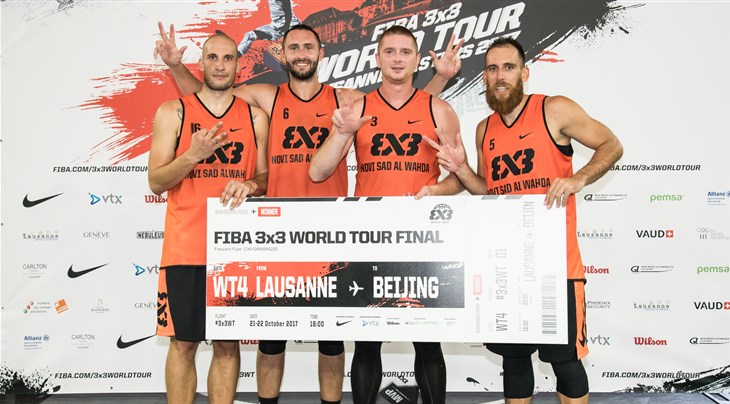 It is a familiar sight to have the number one 3x3 team in the world Novi Sad Al Wahda in the final of a World Tour Masters. However, it was a first for the two-time World Tour winners without their star Dusan Bulut.

Novi Sad Al Wahda avenged a Day 1 pool game loss against Lausanne in one of the most spectacular finals in the history of the World Tour (20-15).

Lausanne star Natan Jurkovitz brought the massive crowd to its feet with a series of blocks and monster dunks but in money time, tournament MVP Dejan Majstorovic caught fire and scored a game-high 11 points.

In the individual contests, the best shooter in US college basketball history Steve Sir won the Nébuleuse Shoot-Out Contest.