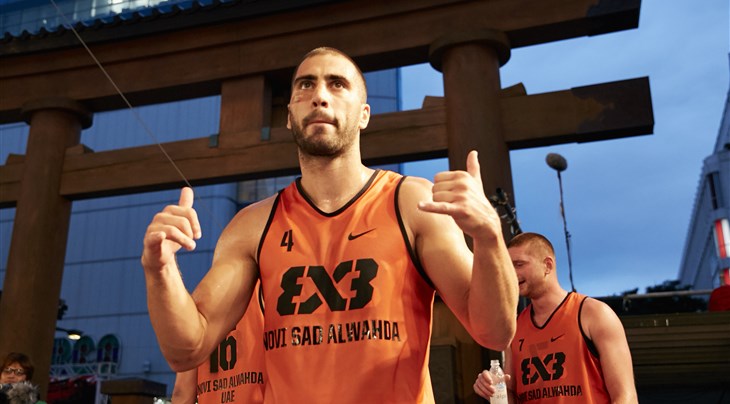 The number one 3x3 team in the world already cashed in 120k USD this season (without taking into account their various sponsorship deals) Their biggest cheque so far was the 30k USD for finishing the World Tour regular season in first place. They won 3 World Tour Masters (Utsunomiya, Prague and Lausanne) and earned 20k USD for each win. They also won a combined 30k USD by finishing 3 times 1st and twice 2nd in Challengers (international direct qualifiers to the World Tour).

This has already been the most lucrative season for Novi Sad Al Wahda after they earned 83k USD last year and 104k USD in 2015.

Dusan Bulut's team will get a chance to add one last big cheque at the FIBA 3x3 World Tour Bloomage Beijing Final on October 28-29. The winners take home 40k USD in prize money.

Prize money in the 3x3 professional season has reached an all-time high 600k USD in total in 2017. FIBA have announced their goal to reach 1 million USD in 2018.

Novi Sad Al Wahda were not the only team to bring money in the bank this season. In fact, it is possible they don't lead these standings after the Final on Sunday.