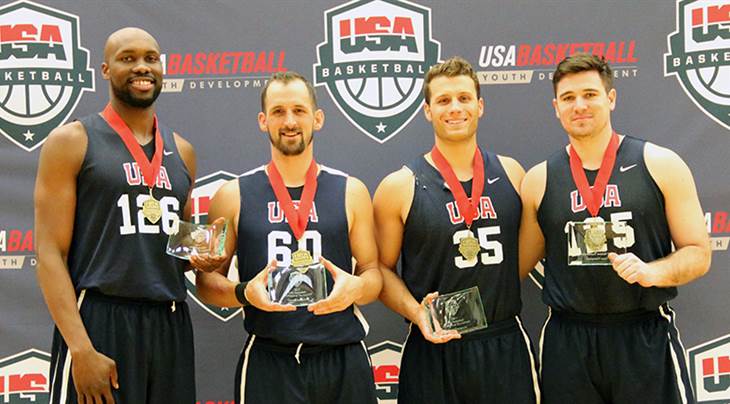 After dropping their first pool game on Day 1, the team featuring Zahir Carrington, Damon Huffman, Daniel Mavraides and Craig Moore went on to win their next six, including a 22-19 nail-biter in the final against NY Harlem.

Former Princeton University star Mavraides drained the winning two-pointer and was named MVP of the tournament.

"The competition was very tough from yesterday all the way through the final shot," said Mavraides.

"We stuck to our guns and played through all the adversity. At the end of the day, we made shots, which is fortunate. It doesn’t always happen that way, but we stayed focused and they went in."

While it will be a first time representing the country for Carrington, Huffman and Mavraides, it will be "been there, done that" for Craig Moore, who won in 2014 and went on to compete at the FIBA 3x3 World Cup 2014 and finished 14th overall.

"It was a lot harder this time," said Moore.

"The competition has gotten better and better. It’s a great tournament and I love playing with my guys."

This tournament is unbelievable. ​There are NBA players playing in it now. It’s awesome.Craig MooreCraig Moore

The US are seeded with Indonesia, the Netherlands, New Zealand and South Korea in Pool D at the FIBA 3x3 World Cup, which will be staged in Nantes, France on 17-21 June 2017.

The team also won a ticket to the 3x3 professional circuit - the FIBA 3x3 World Tour - during the Saskatoon Masters on 15-16 July.

FIBA 3x3 World Cup 2016 bronze medallist Natalie Romeo led Washington to the title in the women’s category after beating Oregon (20-17) in the final.

As part of a pilot program to help increase the number of women competing in 3x3, USA Basketball invited teams from the Pacific-12 Conference to participate in the tournament.

USA did not qualify to the women’s category of the FIBA 3x3 World Cup 2017.