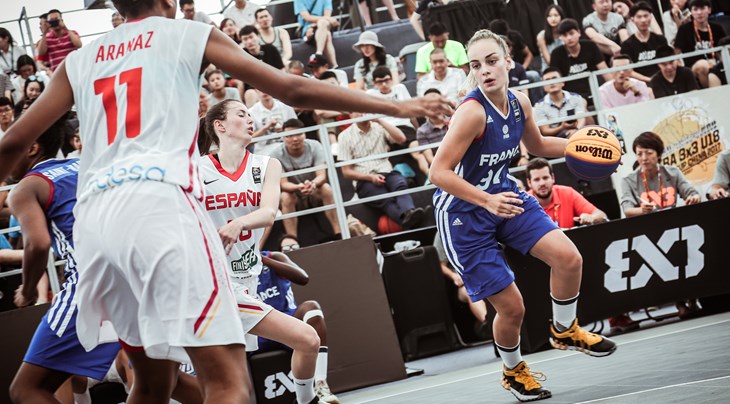 Myskovets, who was also named player of the day, scored 17 points on the 4th day of competition. He finished with 28 points in total, ranking 2nd on the overall top scorers list after the pool phase of the U18 World Cup. Overall, Israel's Tamir Schiller remained number one with 29 points in 4 games. Third is Philippines' young star Florencio Serrano, with 28 points.

Peyregne also scored 17 points today to lead the scoring list in the women's category, staying 2nd in the top scorers ranking with 27 points in total after 4 games.  Emma Eichmeyer (Germany) leads all scorers with 34 points at the end of the pool stage. Eichmeyer leads the scoring charts in both men and women categories. Argentina's Alexandra Torruella, who won silver at the Skills Contest Final, and Australia's Ula Motuga finished with 25 points tied in the third position.