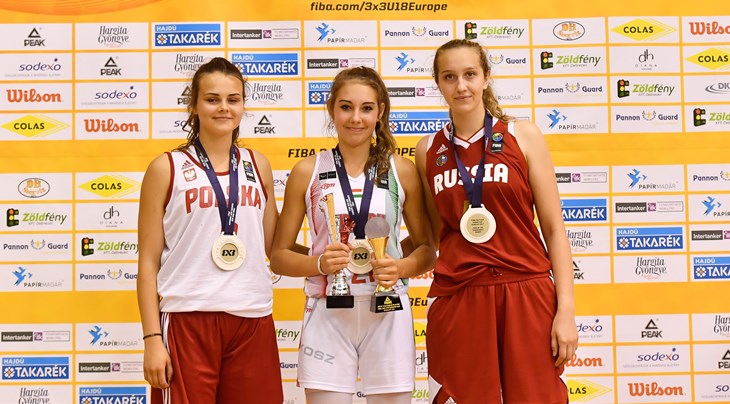 The 16-year-old was unstoppable in Debrecen and finished as top scorer of the event.

She was joined by Wiktoria Keller, who carried Poland on her back all the way to the semi-finals.

Yulia Zarubina, who also won gold at the shoot-out contest, was the third member of the team after helping Russia win silver in Hungary.