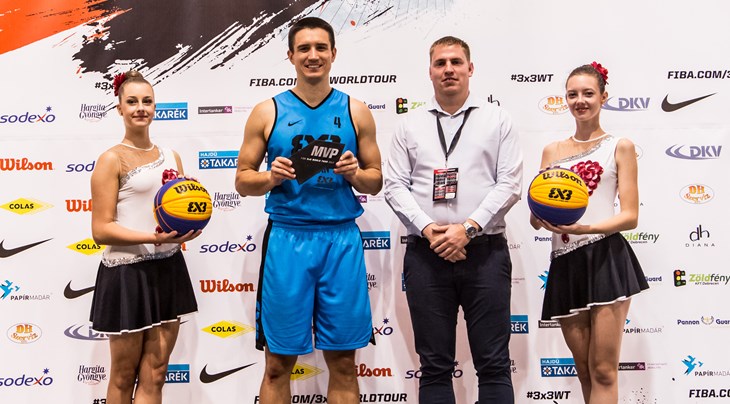 DEBRECEN (FIBA 3x3 World Tour) - Liman (SRB) star Stefan Stojacic was named MVP of the FIBA 3x3 World Tour Debrecen Masters 2017 after leading his team all the way to the title in Debrecen, Hungary on September 1.

The 28-year-old had a game-high 8 points in the final (21-14) against World Tour reigning champs Ljubljana (SLO), which he concluded with a big jam.

The 6ft 4in (1.94m) sharpshooter won MVP awards after leading all scorers in Debrecen with 40 points. He had a 11-point explosion in a quarter-final win against Warsaw and nearly completed one of the best ankle-breakers of the season in the pool phase against Amsterdam PM Inox.

This could have been the ankle-breaker of the year. 🕺💥🚑 #3x3WT Feat. @stefan_stojacic_teji89

Second in the charts was Ljubljana's Jasmin Hercegovac. 'The Iceman' trailed Stojacic by just one point. The number four 3x3 player in the world caught fire in a semi-final thriller against Riga (21-20) with 13 points, including 6 shots from outside the arc.

Third was Karlis Lasmanis (Riga). On his first appearance at the World Tour, the 23-year-old Latvian star led his team in scoring and had 32 points in 4 games.