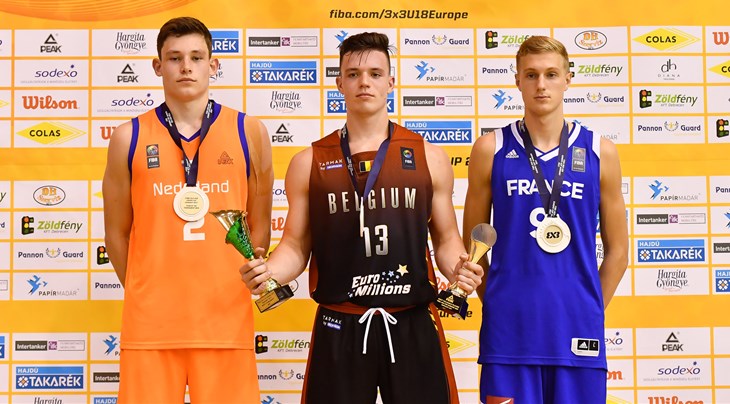 The flying Belgian, who won gold at the Dunk Contest and the Men's Competition at the FIBA 3x3 U18 World Cup earlier this year, dominated the men's competition in Debrecen too, finishing the event with a second-best 29 points.

He was joined by Maik Bouwer, who was the top scorer of the competition, scored maybe the most cold-blooded shot of the tournament in the semi-finals against France and spearheaded the Netherlands to another silver medal.

The third member of the team of the tournament was Thomas Pottier, who was key for France in a bronze-medal game win against Spain.