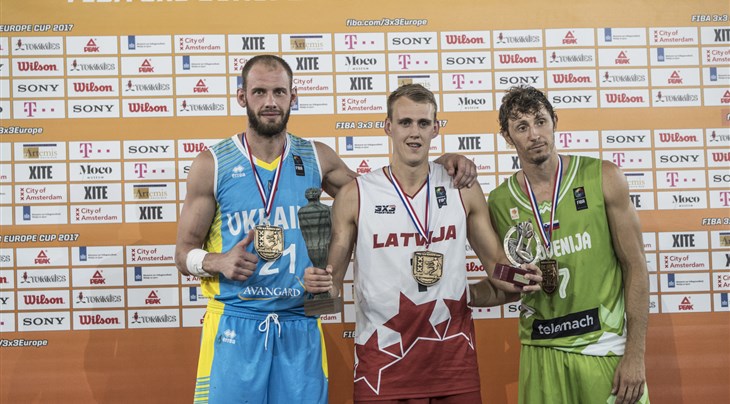 Miezis, who also was MVP of the Andorra Qualifier, finished third in scoring with 31 points and led underdogs Latvia to the first European title on their first-ever appearance.

Former number one 3x3 player in the world Finzgar finished seventh in scoring in the men's category with 28 points and provided some of the best dunks of the tournament.

Ukraine's Timofeyenko was second in the scoring charts with 34 points, including two game-winners in overtime, first in the quarter-finals against Spain and in the bronze-medal game to defeat the 3-time FIBA 3x3 World Champs from Serbia.