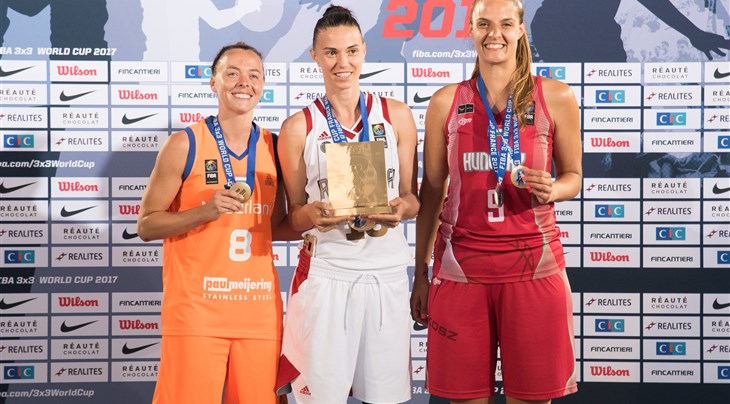 Bozoky led all scorers in the women's category with 52 points and played a key role in Hungary's silver run.

The Netherlands' Kuijt scored one of the biggest shots of the competition in an overtime win against Australia, finished 5th overall in scoring and led the 'Orange Angels' all the way to the semi-finals.