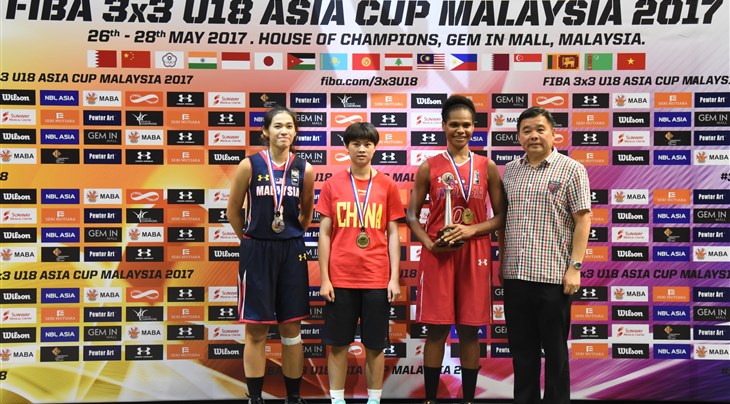 Western New Guinea native Lea Kahol made quite an impression over the week. The 17-year-old started the competition as a dominating rebounder, shot-blocker and defensive juggernaut. But as the final day started, she proved to be a gifted offensive player as well, capable of hitting the long ball with consistency.

Kahol finished 4th overall in scoring and outscored the entire Malaysian team on her own in the final (8 points).

The 5ft 6in (1.69m) ZiHui Yuan was second overall in scoring and a the key behind China's bronze-medal run while the willowy Suet Ying Foo finished third overall and nearly singlehandedly brought Malaysia to the final.