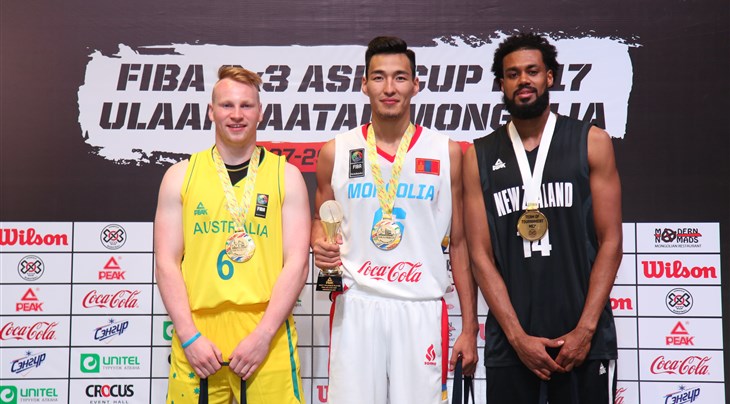 ULAANBAATAR (FIBA 3x3 Asia Cup 2017) - Mongolia's Dulguun Enkhbat was named MVP of the FIBA 3x3 Asia Cup after leading Mongolia to the title. He was joined by New Zealand's Alonzo and Australia's Lucas Barker in Ulaanbaatar, Mongolia on October 29.

Enkhbat, who finished 5th in scoring with 31 points, led Mongolia to the continental title in front of their crowd in Ulaanbaatar. The 25-year-old guided the team during the whole tournament.

Alonzo Burton, 4th in scoring with 32 points, was one of the reason why New Zealand reached the final, leading the team in scoring and being a power defender.

Lucas Barker finished the event with 25 points, 7th in the charts. Thanks to his performance, Austrlia reached the semi-finals and won a bronze medal in their first appearance at the Asia Cup.