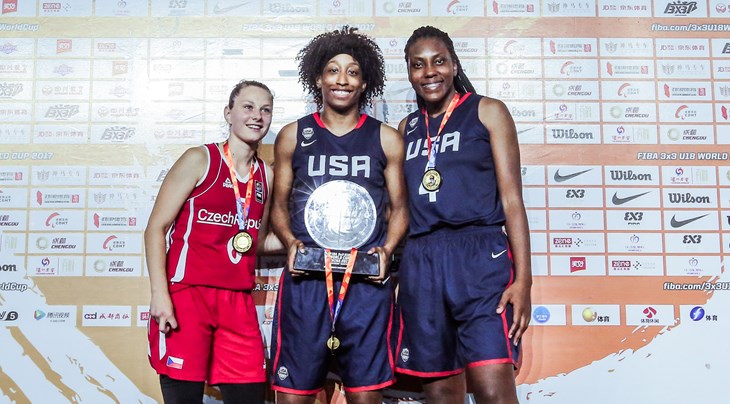 The spectacular DeCosta wowed the Chinese crowd with her signature shammgod, finished 4th overall in scoring and led USA to their third gold in history at the U18 World Cup.

Bailey led all scorers in the women's category with 40 points and had a game-high 11 in the final to defeat Czech Republic.

Czech Republic's Ruzkova joined the two Americans on the team after finishing second in scoring (38 points) and leading her team to silver.