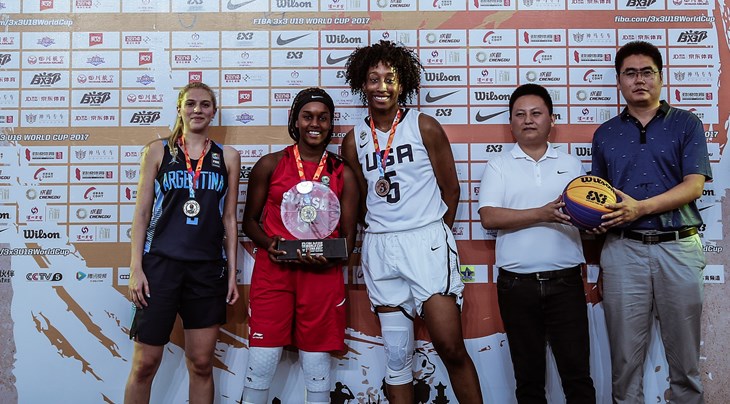 The 17-year-old won the gold medal at the FIBA 3x3 U18 World Cup after defeating the Argentinian Josefina Torruella in the final.