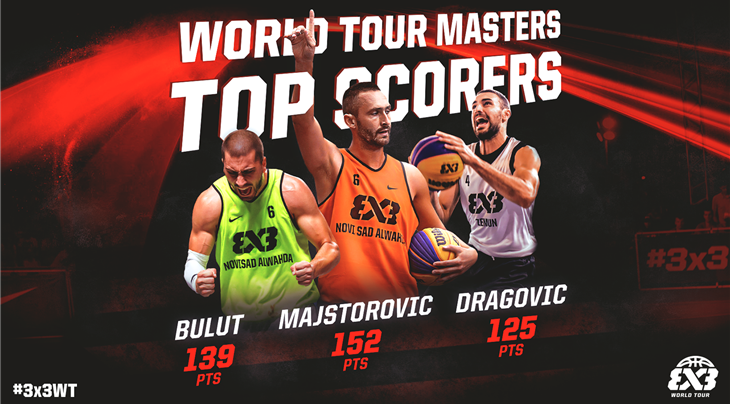 The Novi Sad Al Wahda sniper has scored 154 points so far this season. The 29-year-old had his season high at the Utsunomiya Masters (where he was named MVP) after scoring 35 points. He added 31 in Prague, 34 in Lausanne (where he was also named MVP), 23 in Debrecen, 18 in Chengdu and 13 in the last Masters of the season in Mexico City.

His teammate, former number one player in the world Dusan Bulut, currently ranks second after tallying 139 points in 5 events (he missed the Lausanne Masters due to an ankle injury). Third in the scoring charts is Zemun Master's Bogdan Dragovic, who has scored 125 points in 5 Masters.