Majstorovic finishes 3x3 season as number 1 player in the world 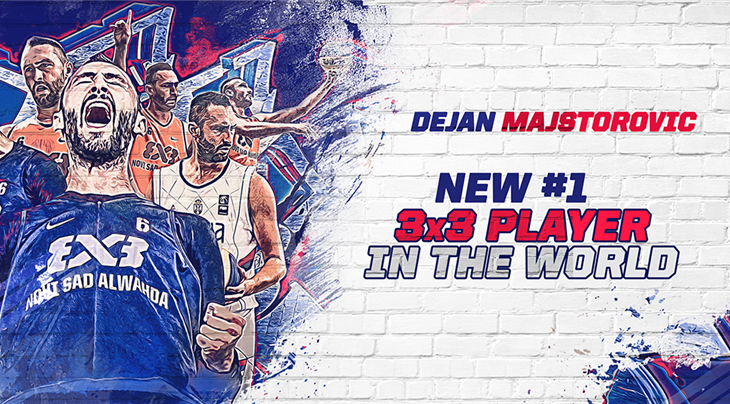 The Stari Banovci native had an amazing season, with countless individual and team awards.

The 6ft 7in (2.00m) sharpshooter led the Serbian national team to a third World Cup title (in 4 editions) in June. He later spearheaded his professional team - Novi Sad Al Wahda (UAE) - to 3 FIBA 3x3 World Tour Masters titles (in Utsunomiya, Prague and Lausanne) and was one desperation shot away from winning the World Tour Bloomage Beijing Final on October 28-29.

He was named MVP of the World Cup and the Utsunomiya and Lausanne Masters and led all World Tour players in scoring this season. He even tied the all-time record of 15 points at a Shoot-Out Contest at the FIBA 3x3 World Tour Mexico City Masters.

His team-mate Dusan Domovic Bulut started the season as the number one 3x3 player in the world. The man known as 'Mr Bullutproof' briefly lost his throne to Ljubljana (SLO) marksman Jasmin Hercegovac and then successively to his team-mates Marko Savic and Dejan Majstorovic this summer.

It is the third time in his career that Majstorovic becomes the number one 3x3 player in the world after 2 stints from December 2014 to June 2015 and in August 2015.

The FIBA 3x3 Individual World Ranking is calculated based on the 9 best results in FIBA-endorsed events played in the last 12 months. The number of points earned by a player at an event depends on the results of his team and his individual scoring performance.