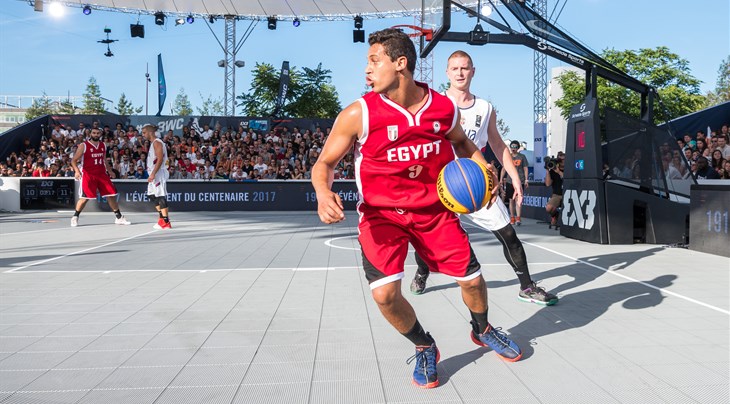 "3x3 has become extremely popular in the country and we are confident that the local fans will come in numbers and create a special atmosphere for the delegations coming from all over the continent," Goungou added.

22 teams (12 men’s and 10 women’s) from 12 different countries will compete in the covered outdoor venue of the Stade Omnisport Eyadema de Lomé.

"It is a great satisfaction for us to have the first edition of the FIBA 3x3 Africa Cup and to bring it to Togo," FIBA First Vice-President and FIBA 3x3 Advisor Board Chairman Hamane Niang told FIBA.basketball.

"This is a formidable chance for the best teams in Africa to start preparing for the goal to play at the FIBA 3x3 World Cup and in just 3 years at the Tokyo 2020 Olympics," Niang continued.

The 12 men’s teams have been seeded in 4 pools of 3 and the 10 women’s teams in 2 pools of 5 according to the FIBA 3x3 Federation Ranking as follows: In the men’s category, the top 2 teams from each pool will advance to the knock-out rounds, which start at the quarter-finals stage.

In the women’s category, the top 2 teams from each pool will also make it to the knock-out rounds, but starting directly with the semi-finals.

Uganda will be the favorite in the women’s category after shining at the FIBA 3x3 World Cup 2014 and developing their young talents through their participation in the FIBA 3x3 Fast Track program.

A Shoot-Out Contest featuring 1 player from both men’s and women’s teams will also be organized besides the team event.