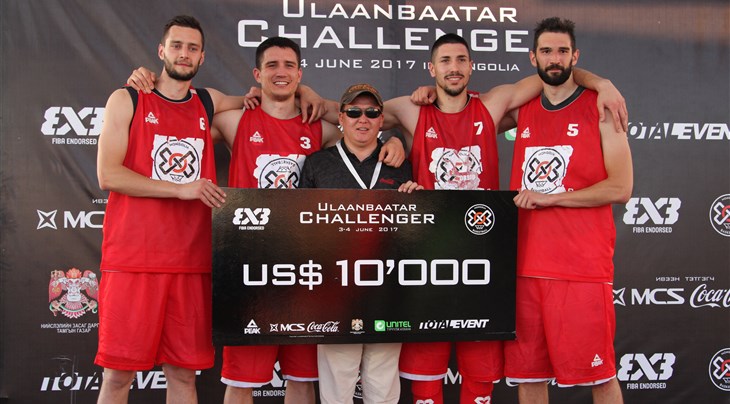 Just 2 weeks after the Huai An challenger, another young Serbian team defeated the number one 3x3 team in the World in the title game in overtime.

With the game tied at 16, tournament MVP Aleksandar Ratkov squared off Marko Savic and hit the game-winning shot from outside the arc.

It was the perfect ending for a dream tournament for Liman, who had won their 5 previous games before the (10-minute) limit.

Stefan Stojacic - also known as the man who once shut down a young Steph Curry - led all scorers in Mongolia with 45 points, including 17 shots from long range.

Liman not only won a nice 10,000 USD cheque but also secured their first ticket to the FIBA 3x3 World Tour this year, at the Utsunomiya Masters on July 29-30.

Though Novi Sad Al Wahda lost another final, they have now secured their 5th (!) Masters this season (after Prague, Debrecen, Chengdu and Mexico).

Five of the Top 15 teams in the FIBA 3x3 Team Ranking competed in Mongolia for the 1st edition of the Ulaanbaatar 3x3 Challenger.