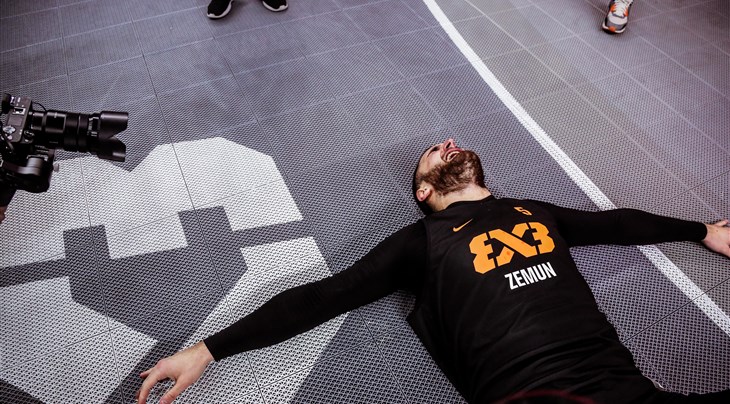 Oh Canada! For its 6th edition, the World Tour paid its 1st visit to Canada in the streets of Saskatoon. These Canadian cats watched too much Raptors Vince Carter when they were kids cause their dunks were sick. Not to say Jurassic. But "The Iceman" Hercegovac started Ice Age and the reigning champs Ljubljana bagged another title.

Stefan Stojacic organized a breakdance battle in the Utsunomiya Futaarayama Shrine, the 1st ever World Tour Mongolian team reached the semi-finals and the number 1 team in the world Novi Sad Al Wahda won their 1st title of the season.

Make it two 1 week later in the UNESCO World Heritage streets of Prague. Zitlinskas did things a 5’9 dude is not supposed to do, Michael Hicks proved he had a heart bigger than this mouth when he played through the passing of his mom and Dusan Bulut got his 1st MVP trophy of the season.

In the crowded streets of Chengdu, Piran won their 1st title in 3 years. Forget about Great pandas, the sphinx Simon Finzgar became Chengdu’s favorite animal after throwing down alley-oops and icing 2 free throws with 4 ticks of a second to go to win the championship.

At the Mexico City Masters, FIBA made a donation for every dunk to help the human relief after the earthquake, Chris Staples transformed the Perisur Shopping Mall into his own Staples Center, the number 1 player in the world Dejan Majstorovic tied the Shoot-out Contest all-time record and Liman became the team to beat after winning their 2nd Masters in 4 weeks.

The top 12 teams met at the epic Bloomage Beijing Final. Novi Sad Al Wahda sent Liman back to the university library, Zemun Master knocked out the reigning champs Ljubljana and these 2 teams gave us the most insane championship game ever. Steve Sir’s unlimited range and Lipek’s vertiginous vertical were crazy but nothing compared to Bogdan Dragovic’s sick ridiculous game-winner.

An absolutely insane ending to an amazing season that saw our Facebook page reach 1 million likes and 3x3 make it from the streets to the Olympics.