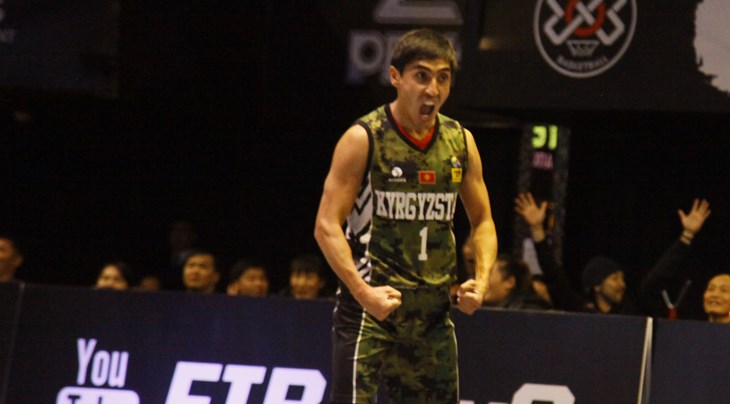 The shortest player in the tournament - 5ft 6in (1.70m) scored no less than 28 points on the opening day of the competition to guide Kyrgyzstan to the quarter-finals. Kuranbaev started the tournament with 11 points against India and finished with a 17-point outburst against China in their second game of the day.

Second in the men's category was China's Delin Wu, who finished with 15 points. Third was Mongolia's Tsenguunbayar Gotov, who scored 14.

In the women's category, New Zealand's Jess Bygate was the top scorer with 21 points. The 25-year-old scored 5 points more than Kazakhstan's Zalina Kurazova and Chinese Taipei's Hse-Yeh Liu, who both socred 16.