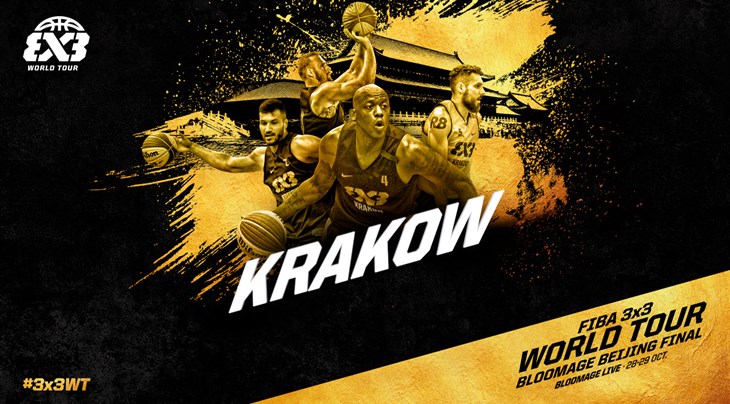 BEIJING (FIBA 3x3 World Tour) - The FIBA 3x3 World Tour Final 2017 will be staged in Beijing, China on October 28-29 and we look at the 12 participating teams. We continue our preview with Krakow R8 Basket (POL)

Notes
- Hicks averaged a World Tour-high 10.2 points per game this season.
- Hicks can shoot (he won 3 Shoot-Out Contests at the World Tour in his career) and put on a show (he was named the most spectacular player of the Lausanne Masters 3 times in a row and is known for his "sprinkle" celebration).
- Renkiel is an underrated dunker. He featured in the World Tour Final dunk contest both in 2015 and 2016 (when 1 player could compete against the pros)