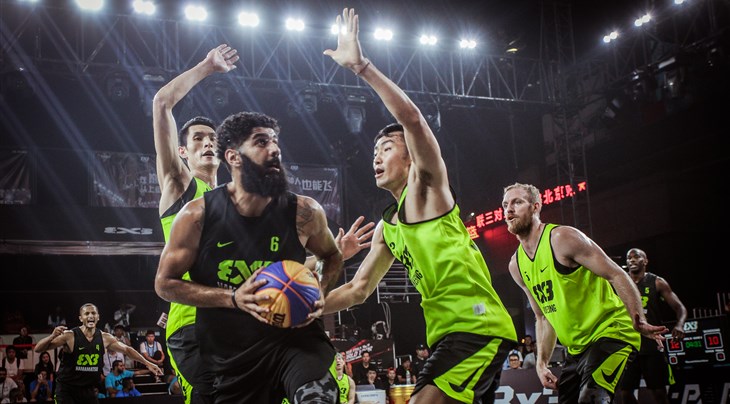 GURUGRAM (3x3) - A ticket to the FIBA 3x3 World Tour Mexico City Masters is at stake for the winners of the '3x3 Road to Mexico' in Gurugram, India on September 16-17.

A total of 12 teams (6 Indian and 6 international) are set to compete at the Ambience Mall Gurgaon in Gurugram for the first event organized by the 3x3 Basketball Pro League, an organization led by former World Tour player, Japan-based Indian businessman Rohit Bakshi.

But the team the local fans will be cheering for is Team Hamamatsu (JPN), the runner-ups of the last edition of the World Tour, whose star players are of Indian origins, including US-born Inderbir Gill and Canadian-born Bikramjit Gill.

Hamamatsu had a rocky start at the World Tour this year with a 9th place overall at the Saskatoon Masters but have since then clinched a spot at the Chengdu Masters. A ticket to the Mexico City Masters on September 30 - October 1 would only make them closer to their goal: to return to the FIBA 3x3 World Tour Final and prove that a team of players from Indian origins can become the best 3x3 team in the world.