In historic move, the Van2017 Mini Games will include 3x3 basketball 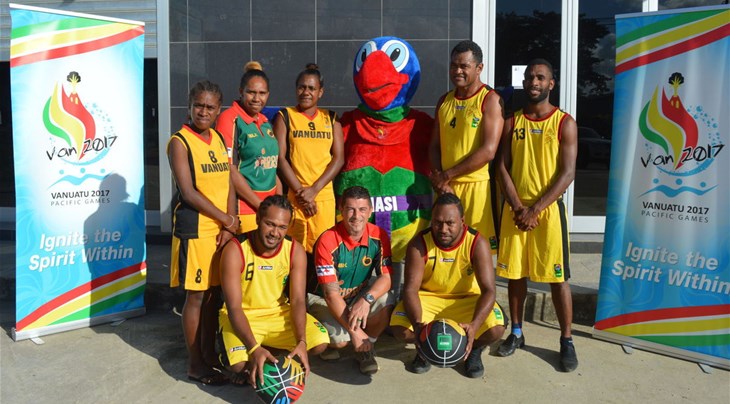 VANUATU – Following last month’s announcement that the International Olympic Committee (IOC) will include 3x3 as part of the Olympic Basketball program starting 2020, the Pacific Games Council (PGC) has revealed its decision to incorporate 3x3 into the 2017 Pacific ‘Mini’ Games in Vanuatu.

Pacific Games Council Executive Director Mr. Andrew Minogue received strong support for 3x3 from across the region when a late call for expressions of interest to include the sport was made.

“The Pacific Games Council is delighted to announce the inclusion of 3x3 Basketball for the upcoming Pacific Mini Games in Vanuatu.  Having recently been added to the Olympic Games program, there is no doubt that this exciting new format will be a big hit in the Pacific and at the Games in December.”

“We had some time with the schedule in the second week of the sports program—Dec 11-15 to fill so when FIBA Oceania approached us through the Pacific Games Council for some thoughts we were excited.”

“We needed to look for a sport where the impact on our venues, villages and costs would be minimal, and with a sport already approved as part of the Pacific Games Charter, 3x3 fits perfectly. The format of this sport which is now going to be in the 2020 Olympics, fits well with our other 13 sports. It is fast action packed into a couple of days of competition and will give fans yet another outlet to express their love for sport.”

“We are really pleased with 3x3 joining the program in Vanuatu. FIBA believes that 3x3 is the perfect event for multi-sport events as Games organisers modernise their programs.”

“Smaller athlete numbers with fewer officials requirements can deliver a really energetic event that the public really enjoy. Having this opportunity to showcase a 3x3 event at the Mini Games in Vanuatu will hopefully inspire more of the regional sports leaders to support this basketball discipline grow in their own nations.”

The addition of 3x3 to the Games program marks a huge step forward in the development of the sport throughout the Pacific. This will greatly assist countries in taking advantage of the new pathway presented by 3x3 at both the regional and global level.

”3x3 requires only three people to form a team and it requires only a half-court to play on. In many villages throughout the Pacific it is possible to hold 3x3 games,” added Mr. Crocker. “From this village setting, the dream of representing your nation at the Mini Games, the World Championships and now the Olympic Games is possible.”

“New Zealand has been World Champion, Guam has won Bronze at the Youth Olympics, it can be done by smaller nations. It is now up to the players to get their teammates together and start playing, the more you play, the greater your opportunities can be.”