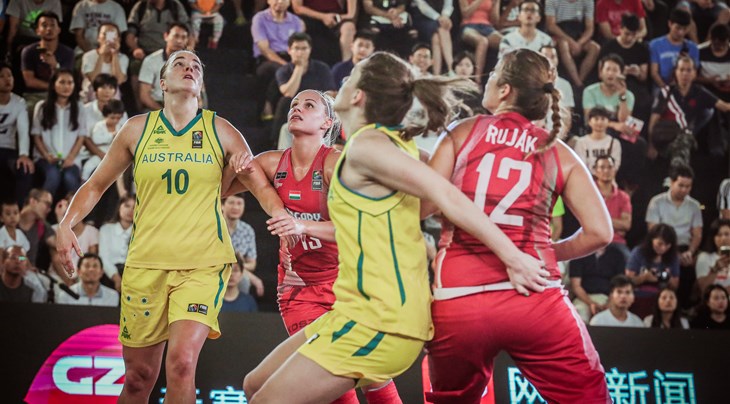 All four teammates compete in the Australian Women’s National Basketball League (WNBL). Todhunter will lead this star-studded lineup with 6ft 4in Mijovic sure to be a commanding figure in the paint. Cole and Payne are poised to add to Australia’s scoring punch averaging 9 and 6.9 points per game respectively in the 2016/17 WNBL season.

This team comes into this tournament as underdogs as the 19th seed, which is an unfamiliar position for Australian women’s basketball.

They will rely on their experience in the professional ranks to attempt a deep run in this year’s event.

"The competition will be fierce but we know these players will equip themselves well in a format of the game that is gaining momentum as a high-performance pathway," said Jan Stirling, Basketball Australia General Manager of High Performance.

"The selection process involved nominations from all WNBL club head coaches before a panel of current WNBL coaches with input from former Opals coach Carrie Graf identified the team."

This cluster of WNBL talent will look to improve on Australia’s finish from last year where they failed to reach the Quarter-Finals.