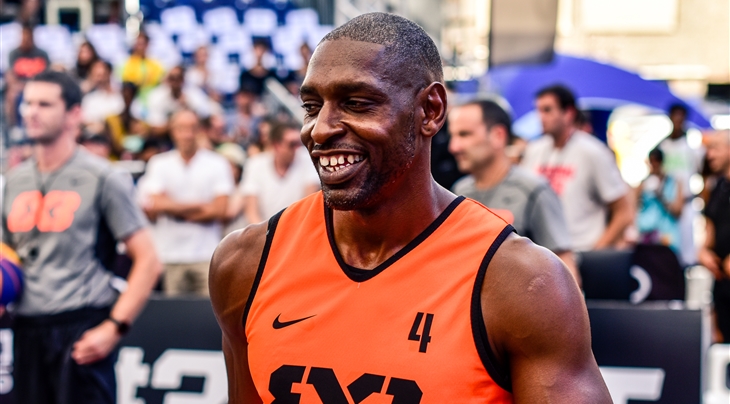 "I’ll never forget the places I’ve travelled to and all the people I’ve met."

The charismatic Murdaugh led Saskatoon to two World Tour Masters trophies, in Chicago in 2014 and in Lausanne in 2016 and a second place overall at the 2014 FIBA 3x3 World Tour Final in Tokyo.

He unlaces his Nikes, ranked 16th overall in the 3x3 Individual World Ranking.

"My only regret is I wish I heard about 3x3 when I was younger, he lamented.

"You have to be a top athlete. This is big time! This game is amazing and I wish I had more time."

What would have happened had there been a World Tour back in 1997, the year Murdaugh made the Los Angeles Lakers preseason camp and traded buckets with a rookie named Kobe Bryant?

"In his prime, he was the most dominant player I’ve ever seen with my own eyes," his team-mate Michael Linklater said.

"FIBA only got to see him at the tail end of his career. I don’t think you’ll ever see somebody of his stature play at that level at that age."

"His body should be studied by doctors!" - Michael Linklater

"Wille was an animal on the court."

He was one of the most animated and competitive players we ever saw."

Murdaugh quickly established as a fan favourite on the World Tour with his theatrics on the court.

And though the 47-year-old will not play when Saskatoon hosts the FIBA 3x3 World Tour on 15-16 July, Murdaugh warns we might soon see him again on a 3x3 court in another capacity...

"Don't laugh," he warned in his signature high-pitched voice.