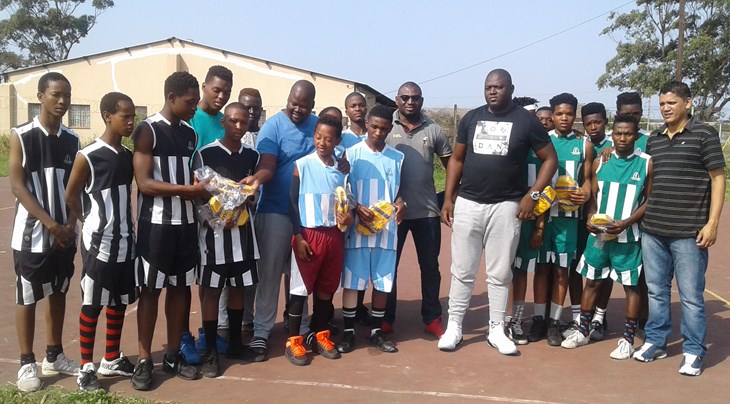 MIES - FIBA's Foundation (IBF) has launched the "3x3 Young Lions Cup", an international 3x3 youth tournament in the Southern part of Africa including 10 countries of the region.

The concept of the project is similar to the 3x3 youth tournament in the Antilles created by the IBF last year. In each of the participating countries, the national federations will organise qualifying tournaments from August to October 2017 for girls and boys born between 1999 and 2001. The winners will be invited to a final to be played over the first weekend of December 2017 in Gaborone, Botswana. The kick-off of the project just concluded with a workshop of the 3x3 coordinators in Durban, South Africa. The participants received training on the digitals tool 3x3 Event Maker and play.fiba3x3.com that will help them to manage events in their respective territory including the registration of players and results management.

As part of a practical exercise, a mini event was organised on site during which the tools were used and participants received 3x3 balls.

Olivier Kambire, 3x3 Manager of the Regional FIBA office in Africa was happy with the results of the workshop.

"We were able to deliver the essential elements of the features of the 3x3 Event Maker over the weekend," he said. "We were very impressed by the high motivation and commitment of the 3x3 coordinators."

IBF acting President Sheikh Saud Bin Ali Al-Thani said: "With the 3x3 Young Lions Cup, the Foundation increases its reach to a further 10 countries. We are confident that the project will support the objectives of the IBF in using basketball for good. Kids will improve basketball, but will moreover get lessons for life that will hopefully also benefit their communities upon return."

The following national federations have signed up for the project: