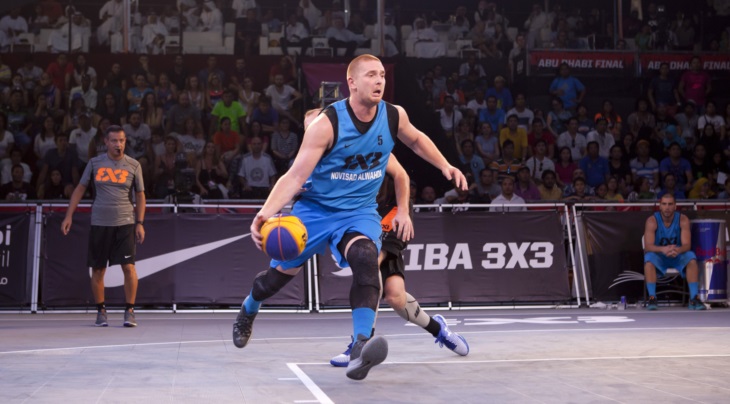 HUAI AN (FIBA 3x3 Challenger) - The number 1 team in the FIBA 3x3 Team Ranking Novi Sad Al Wahda (UAE) will be without the injured Marko Savic at the Huai An 3x3 Challenger in China on May 20-21.

The number 3 player in the world contracted an ankle injury during the 1st Challenger of the season in Nanjing and his replacement 19-year-old Nikola Pavlovic will have big shoes to fill while two tickets for the FIBA 3x3 World Tour Chengdu Masters and 20,000 USD are available for the 16 participating teams in the heart of Huai An.

The event is the 3rd of 13 Challengers, these standalone international tournaments, whose two finalists qualify for the FIBA 3x3 World Tour.

No less than 6 of the Top 10 teams in the FIBA 3x3 Team Ranking will compete in the Jin Shi Yuan Stadium.

Kranj have already clinched their ticket to the Chengdu Masters, meaning that if the team reaches the final of the Huai An Challenger, the team ranked third will fly to Chengdu on September 23-24.

And if the event didn't seem stacked enough, the two teams who won their ticket to the Utsunomiya Masters at the 1st Challenger of the season (in Nanjing) have also confirmed participation!