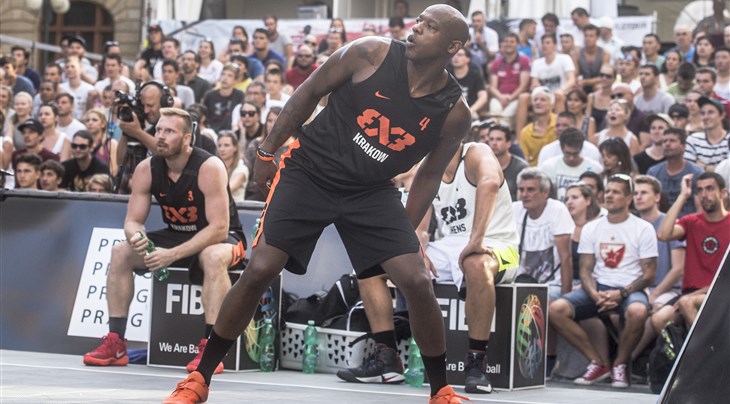 Just one day after the tragic loss of his mother, the 21st 3x3 player in the world stepped back on the 3x3 court, scored an insane 26 points in 2 games and led Krakow R8 Basket to the quarter-finals in the Czech capital.

The US born sharpshooter scored 14 points in a win against Athens (GRE) and added 12 more, including a clutch buzzer-beater to send the game to overtime against Zemun (SRB).

The 34-year-old buried 9 shots from behind the arc in 2 games.