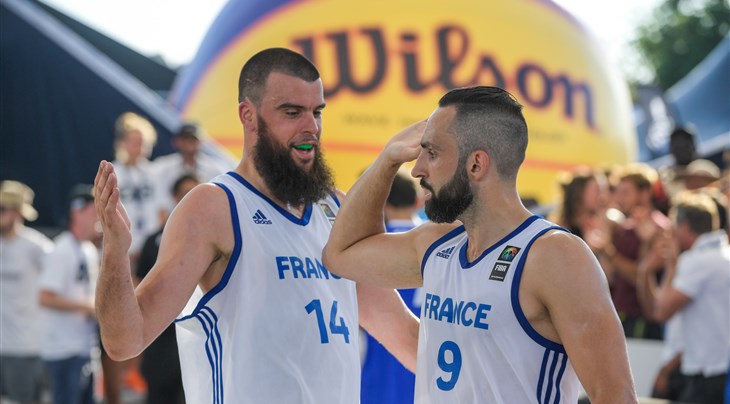 NANTES (FIBA 3x3 World Cup 2017) – France had a perfect 2-0 record and wowed the crowd on Day 2 at the FIBA 3x3 World Cup in Nantes, France on June 18 2017. The Philippines broke the Internet and Italy's Marcella Filippi outscored the reigning world champions on her own. Here's our wrap-up.

Team of the Day: France (men)

With the entire city of Nantes supporting them, France did not disappoint. Les Bleus won both games before the limit (21-5 against El Salvador and 22-11 against the Philippines). Angelo Tsagarakis had a team-high 14 points and Charles-Henri Bronchard provided the best dunk of the day.

Italy started the day with a bang with a large 22-5 win against Bahrain. Facing the reigning World Champs from Czech Republic in the second game, the team switched to sixth gear and won in convincing fashion. The number 11 3x3 player in the world Marcella Filippi was so good, she outscored the entire Czech team on her own (9 pts).

The Filipino rising star sure did not look like the youngest player in the tournament today. For his return to the 3x3 world stage, the 19-year-old scored a whopping 12 points in an important 21-15 win against Romania. The second game against France was more difficult (just 3 points) but Kobe still had time to pull off some of the best highlights of the day.

They qualified for the final (June 21): Joey Schelvis (Netherlands) and Angelo Tsagarakis (France)