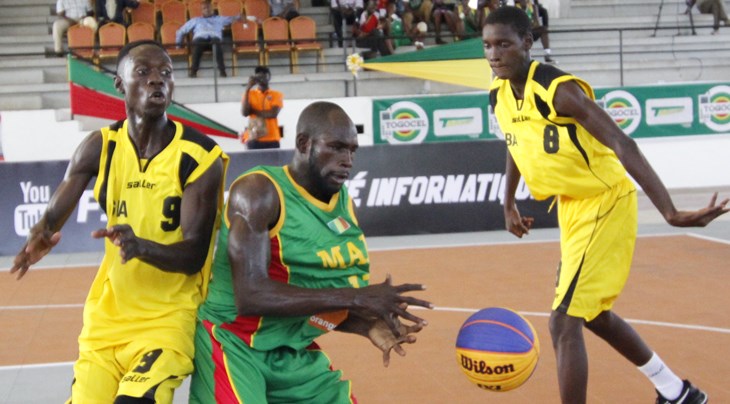 The qualifier top scorer was Mali’s Mamadou Keita who made a total of 6 points in just 24 seconds.

In second place was Fatoumata Kone of Cote d’Ivoire, who scored 5 points in 29 seconds.

Elly Randriamampionona of Madagascar also had 5 points but did so in 30 seconds.

While the fourth finalist is Mali’s Djeneban N’Diaye who tallied 3 points in 32 seconds.

The final is a mixed, men and women together in the same competition for medals with a 60 seconds time limit. The players will shoot 3 racks of 5 balls around the arc - worth 1 point apiece - and finish with 3 'moneyballs' behind the 3x3 logo, worth 2 points.

The player with most points in the shortest amount of time wins gold, second silver and third bronze. In the event of a tie, there would be a tiebreaker (same points and time). A maximum of 21 points can be scored in this contest. 15 is the highest score ever recorded at a FIBA 3x3 event (Mo Riddick at the FIBA 3x3 World Tour Americas Masters 2016 and Dejan Majstorovic at the FIBA 3x3 World Tour Mexico City Masters 2017).