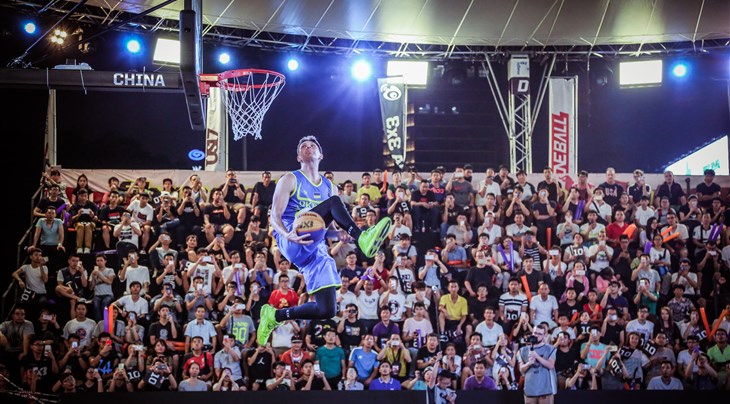 Last year, FIBA opened the possibility for professional dunkers to compete in the dunk contest of the FIBA 3x3 World Cup.

Every participating National Federation can now register an additional athlete for the dunk contest.

Moreover, FIBA has the right to invite any athlete who has won a dunk contest at a FIBA 3x3 World Tour event during the season preceding the World Cup.

In 2016, Smoove and Marco Favretto (Italy) were the only two professionals to take part in the World Cup Dunk Contest.

Five professional dunkers have already confirmed their participation for the 2017 edition.

Smoove is the reigning World Champion.

The participating national federations have until June 16 to register a professional dunker or one of their 3x3 players to the dunk contest.

This means at least 1 of these professionals dunkers won’t even make it to the Dunk Contest final, which will be held on June 21 at 8.30pm (GMT+2).