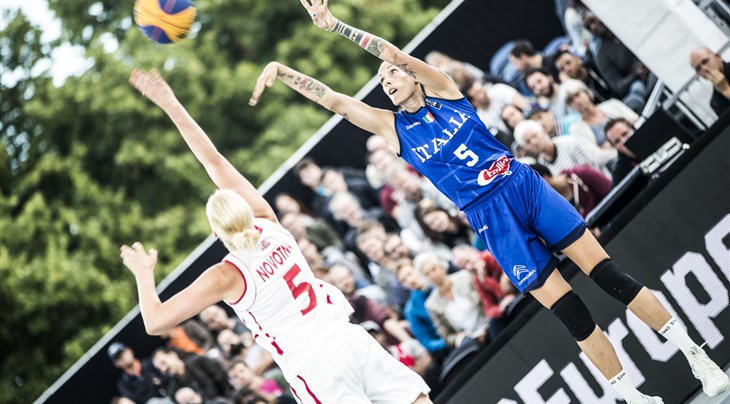 Both players scored 18 points on the second day of competition, qualifying to the quarter-finals and leading the scoring list after the pool phase in the women's category. Paula Palomares (Spain) is third after scoring 14 points today.